Smart cities refer to urban areas where the power of ICTs is leveraged in order to provide more efficient services to local residents. They typically benefit urban populations at the expense of rural communities where ICT development is inhibited by the poor return on investment (ROI) of such structures. These challenges and opportunities for the global community were a major talking point during the 2019 World Summit of the Information Society (WSIS) held in Geneva, Switzerland. Our recent policy brief explored the development of smart cities primarily through the prism of gender inequality and identified the urban-rural digital divide as a barrier towards the development of future smart cities. Calls for developing smart villages aim to address this gap; however, such initiatives are unlikely to replicate the success of the smart city framework in light of these digital divides.

Digital divides within digitally connected cities persist between affluent and less wealthy communities. Furthermore, cities are inherently complex systems constituting networks of subsystems such as energy, transportation, security and other similar services that are fundamental in supporting communities. Partnerships between key stakeholders, such as councils, city administrators and members of the public are responsible for the implementation of smart city initiatives. Barcelona, for example, continues to evolve its smart city strategy by enabling civic engagement with its City Council programmes via the Citizen Participation portal in line with the needs and priorities of the community. The socioeconomic element in city governance, nevertheless, introduces challenges in the design of smart solutions which are rarely easily resolved through a predefined set of rules or procedures. In this context, smart solutions should not be considered a remedy for socioeconomic inequalities within or between urban and rural communities. Instead, societal issues and their consequences should be considered in the development of effective smart solutions.

The objectives against which smart city development is measured are theoretical philosophies related to issues such as sustainability, mobility and the environment. The United Nations (UN) defined several Sustainable Development Goals (SDGs), including SDG 11, in support of ensuring cities are “inclusive, safe, resilient and sustainable”. These high-level goals enable individualized definitions of success that are difficult to assess against a set of global benchmarks. For example, Rio de Janeiro, one of the more widely cited examples of effective smart city infrastructure deployment, instituted two command centres in advance of the 2014 World Cup and 2016 Summer Olympics; the Centro De Operacoes Prefeitura Do Rio (COR) and Centro Integrado de Comando e Controle (CICC). The former is designed to aggregate and monitor data streams from services tracking traffic, weather conditions and emergency responses, among others. This system was initially conceived in response to fatal landslides in 2010 and realized through a partnership with IBM’s Smarter Cities initiative. The latter utilises similar data, albeit largely within the framework of public security, and was developed in fulfilment of contractual agreements for hosting the upcoming global sporting events of the time.

However, these infrastructures do not proactively address the threats posed by landslides. While COR’s smart early warning system might improve emergency response times during such incidents, it does not tackle its causes such as tropical climate effect on soil conditions and steep terrains supporting large populations in areas of unregulated development. A proactive approach would involve the restructuring of existing subsystems related to urban planning that may alleviate vulnerabilities to the natural environment. Integrating these silos could, therefore, provide a more holistic smart solution in mitigating the effects of these incidents upon urban populations. Nevertheless, this may not be feasible due to the complexities of these systems and their current lack of interoperability.

Gaffney and Robertson’s study of CICC and COR found that there was an uneven distribution of smart technology between wealthy and poorer areas within the city. The setup of traffic-monitoring devices, for example, were principally focused in the wealthier central business district (CBD) and southern zones where upscale neighbourhoods were located. In tackling issues of public security, the CICC leverages data from COR as well as from the many installations of monitoring devices placed strategically around areas connected to tourism, sports and transportation hubs. The concentration of security resources within these areas had the effect of displacing criminal activities to neighbouring less-developed areas within the inner city. This is indicative of challenges faced in addressing complex system problems where the targeted resolution of one issue exposes or creates a negative effect in another domain. Taken together, these discontinuities may be seen to intensify rather than overcome the issues smart cities are purported to resolve.

It is clear that piecemeal deployment of smart solutions does not automatically benefit all citizens living within urban areas. Public agency and indigenous knowledge should be leveraged in conjunction with efforts driven by governing authorities in upgrading services for communities. It is therefore imperative that a holistic approach be adopted that accounts for the specific requirements of these communities. Moreover, stakeholders should be wary of employing ICTs in support of such initiatives instead of utilising them as a driver of smart solutions. Smart villages have the potential to address longstanding urban-rural digital divides, but they must be informed by the lived experiences of those who reside within smart cities today. 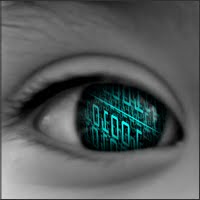 The Information School at the University of Sheffield is the UK's 1st iSchool. We've been rated top in our field by the RAE for a quarter of a century.

For information on our full range of undegraduate, postgraduate and research teaching, visit our website.