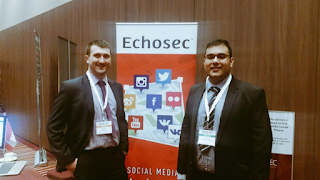 New Article: European Union Librarians on the Move? An Exploration of Potential Impacts of Brexit on Workforce Diversity.

February 05, 2020
European Union Librarians on the Move? An Exploration of Potential Impacts of Brexit on Workforce Diversity. Our Director of Research and Senior Lecturer, Dr Andrew Cox, has published a new article alongside Josefine Blunk and Melanie Benson Marshall.  The study investigated whether the academic library sector in the United Kingdom (UK) could be in danger of experiencing a decline in workforce diversity following the Brexit vote. A web survey was distributed to academic libraries and library information science (LIS) departments across the UK. Follow-up e-mail interviews were conducted with twelve individuals. Participants were very worried about effects of Brexit on their right to reside in the UK. Two years after the referendum they still felt a high degree of uncertainty about their future. Most participants wanted to stay in the UK. While about a third considered leaving due to Brexit, 21% were undecided and 14% had made concrete plans to leave. However, the reasons for leav
Post a Comment
Read more

February 07, 2020
Services for Student Well-Being in Academic Libraries: Three Challenges   Our Director of Research and Senior Lecturer, Dr Andrew Cox, has published a new article alongside Dr Liz Brewster at Lancaster University. There has been a wave of interest in UK academic libraries in developing services to support student well-being. This paper identifies three fundamental and interrelated issues that need to be addressed to make such initiatives effective and sustainable. Firstly, well-being has to be defined and the impacts of interventions must be measured in appropriate ways. Secondly, there is a need to identify the true nature of the underlying social problem around well-being. Thirdly, relevant approaches to the issue need to be located within the professional knowledge base of librarianship. To read the article, click here.
Post a Comment
Read more